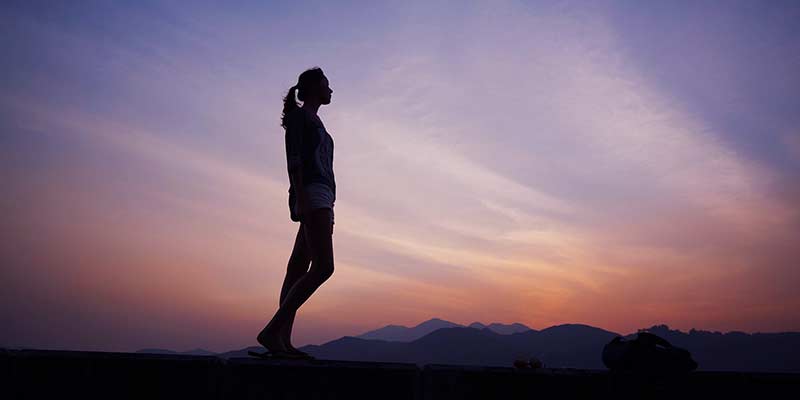 My friend and colleague, Michele Goldwasser, died of breast cancer recently. She was diagnosed with cancer initially 10 years ago, and it recurred in 2015. She was in treatment for the rest of her life. This post isn’t specifically about my friend, or the other women I know who are currently being treated for breast cancer. It’s about the little-discussed links between breast cancer and our environment.

According to the National Institute of Environmental Health Sciences, one in eight women in the United States is diagnosed with breast cancer each year. In the 1960s, that number was much lower, and a woman’s lifetime risk for breast cancer was one in twenty. Family history accounts for about ten percent of breast cancer diagnoses. What accounts for the rest?

A lot of that depends on how you view health. In the United States, our main model for understanding health and disease is the biomedical model. Individuals are diagnosed with illnesses or health problems, and are treated individually for those specific problems. There is a lot of talk of prevention as well, but prevention takes the form of “individual lifestyle choices,” mainly diet and exercise. Our rising obesity is linked to many health problems, including breast cancer, but is still mostly treated as an individual problem requiring better diet and increased exercise.

There are other ways of thinking about health, though. Before the germ theory of disease emerged to explain disease transmission through human-to-human or nonhuman-vector-to human contact (think rats or mosquitoes), people attributed epidemics to miasma, or bad air. According to miasma theory, people got sick from breathing bad night air contaminated by rotting organic matter. This theory was discredited when germ theory, which was proposed way back in 1546 by Italian physician Girolamo Fracastoro, became widely accepted because of the work of Louis Pasteur in the 1850s and Robert Koch in the 1880s. Miasma theory went out, but what stayed was an emphasis on keeping urban environments clean of rotting trash and contaminated water. The germ theory of disease formed the basis for the biomedical model we accept today.

But miasma theory is worth revisiting in the 21st century. It recognized the impact of our surrounding environment on our health. While malaria (literally “bad air”) was later found to be transmitted by mosquitoes and not noxious night fumes, there is something to be said for thinking about how our environment contributes to the transmission of malaria and other diseases. In the case of malaria, it means reducing standing pools of water in places where people live, to reduce or eliminate mosquitoes’ breeding grounds. In the case of breast cancer, it means looking at the connections between the disease and the broader environment in which people who contract it live, as well as what risks our environment poses for all of us.

Most cases of breast cancer occur in women who are exposed to certain conditions or substances throughout their lifetimes. According to the Environmental Health Trust, women who work in certain occupations—particularly nurses, doctors, school teachers, and those working with electromagnetic fields—have higher risk of breast cancer. Also, working the night shift can lead to breast cancer, because exposure to the added light reduces production of melatonin, a hormone that inhibits tumor formation.

Additionally, breast cancer is linked to higher estrogen levels, as well as great exposure to substances that mimic estrogen, called xeno-estrogens. These chemicals include BPA, DDT, Dioxin, Endosulfan, PCBs, and Phthalates. They are fairly common substances that people are exposed to over long periods of time, and many of them collect in fatty tissue. These and around 300 other chemicals can be found in our bodies, accumulating over time, just because of how we live our lives. (For more information on this, start with the Environmental Health Trust’s page on breast cancer and the environment, available here.)

The Centers for Disease Control’s Fourth National Report on Human Exposure to Environmental Chemicals (2017) provides information on 308 chemicals that are found in the US population, in people’s bodies (available here). Not all of these chemicals are linked to cancer, but most studies of the impact on chemical exposure focus on a single chemical at a time, rather than interactions among multiple chemicals over long periods of exposure. As a result, scientists don’t know the cumulative effects of these chemicals on our bodies. More disturbing, there is no effective policy regulating the tens of thousands of chemicals circulating today; companies are not required to prove the safety of the chemicals that they synthesize and sell on the market. Cosmetics, flame retardants (in everything from infant clothing to furniture), plastics, and pesticides used in farming are common examples.

What can we do with this information? There are a number of possibilities, and many of them revolve around what’s known as the “precautionary principle,” the idea that if you’re not sure whether something is harmful or not, but you’re pretty sure it could be, it’s better to take precautions and avoid it. This approach could be followed by us all as individuals, each of us making our own separate choices of what to consume or not consume, where to live, which occupation to pursue, based on our own individual research and understanding of the environmental causes of breast cancer and other illnesses. This is what the current approach to health care and environmental regulation in the United States encourages us to do.

However, the precautionary principle wasn’t originally intended to apply to individuals and their health choices, but to international cooperation. The principle was first laid out in the United Nations World Charter for Nature in 1982, which was intended to guide countries in their interactions with our environment (the United States was the only country to vote against it; the charter is available here). The principle was first implemented in the 1987 Montreal Protocol, an international agreement intended to curb the deterioration of the Ozone layer. The precautionary principle has become part of the legal system in the European Union, applied to areas beyond environmental law, including product safety, additives in animal feed, waste incineration, and the regulation of genetically modified organisms.(For more information on the precautionary principle in European law, see this article by Kenisha Garnett and David Parsons.)

What would the precautionary principle mean for an environmental health approach to breast cancer prevention? It should be applied to reduce the overall toxicity—the miasma—in our common environment through stricter regulation of chemicals available on the market and in use in our homes, towns, cities, and farmland. Exposure that’s already happened can’t be undone, but future exposure should be limited or even, where possible, reduced. Cancer prevention should become a national project, undertaken by our government as well as industry and private citizens. Taking breast cancer, and other cancers, seriously as an environmental health problem means moving beyond the individual focus of the biomedical model to addressing the potential causes in our common environment.